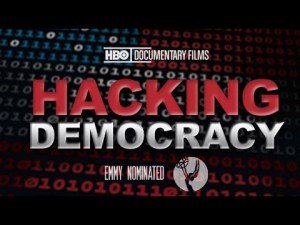 Next month, the Orange County League of Women Voters will host a panel on voting rights and the integrity of our election system.  The panel will consist of the Supervisors of Elections in Orange and Seminole County, Bill Cowles and Michael Ertel, and Susan Pynchon, founder and executive director of the Florida Fair Election Coalition.  Susan was one of the activists in the HBO and emmy-nominated movie “Hacking Democracy.”  The movie can be viewed here for free.  Even though the movie is 10 years old, the disturbing information revealed is just as relevant now, if not more so.  Attached is another clip about Ms. Pynchon’s continuing efforts to fight against voter suppression and election tampering in Florida.  The movie “Hacking Democracy” will inspire many more questions about the integrity of our election system.  Hope you can make it to this most important event armed with your questions and concerns.

View all posts by cflgp

CFL Grassroots Progressives is a 527 Political Action Committee. Contributions or gifts to our organization are not deductible as charitable contributions for Federal income tax purposes.
%d bloggers like this: